Daniel Ellsberg: All the crimes Richard Nixon committed against me are now legal

ONLY ON THE BLOG: Answering today's OFF-SET questions is Daniel Ellsberg, author, defense analyst and prominent whistleblower.
He is the subject of a documentary about his life, "The Most Dangerous Man in America," nominated for a 2010 Academy Award, which took its title from the words former Secretary of State Henry Kissinger used to describe Ellsberg in 1971. 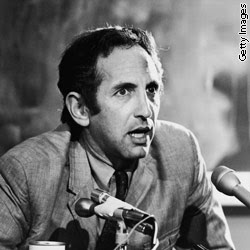 In the 1960s, Ellsberg was a high-level Pentagon official, a former Marine commander who believed the American government was always on the right side. But while working for the administration of Lyndon Johnson, Ellsberg had access to a top-secret document that revealed senior American leaders, including several presidents, knew that the Vietnam War was an unwinnable, tragic quagmire.
Officially titled "United States-Viet Nam Relations, 1945-1967: A Study Prepared by the Department of Defense,"–the Pentagon Papers, as they became known–also showed that the government had lied to Congress and the public about the progress of the war. In 1969, he photocopied the 7,000-page study and gave it to the Senate Foreign Relations Committee. In, 1971, Ellsberg leaked all 7,000 pages to The Washington Post, and 18 other newspapers, including The New York Times, which published them.
Not long after, he surrendered to authorities and confessed to being the leaker. Ellsberg was charged as a spy. His trial, on twelve felony counts posing a possible sentence of 115 years, was dismissed on grounds of governmental misconduct against him. In April 1973, the court learned that Nixon had ordered his so-called "Plumbers Unit" to break into the office of Ellsberg's psychiatrist to steal documents they hoped might make the whistle-blower appear crazy. In May, more evidence of government illegal wiretapping was revealed. The charges against Ellsberg were dropped. This led to the convictions of several White House aides and figured in the impeachment proceedings against President Nixon. (*More bio below)
The federal government has now declassified the Pentagon Papers. The Nixon Presidential Library & Museum will release the documents on June 13, forty years to the day that leaked portions of the report were published on the front page of  The New York Times.
Also, the PBS series POV  is streaming “The Most Dangerous Man inAmerica: Daniel Ellsberg and the Pentagon Papers,” on June 13 and 14.


In this interview, Ellsberg says, "Richard Nixon, if he were alive today, would feel vindicated that all the crimes he committed against me–which forced his resignation facing impeachment–are now legal. " (Thanks to the Patriot Act and other laws passed in recent years.) And he says all presidents since Nixon have violated the constitution, most recently President Obama, with the bombing of Libya.

Either we the people will press elected officials in Congress–on pain of losing their jobs–to take up their Constitutional responsibilities once again and to end by defunding our illegal, unjustifiable (and now, financially insupportable) military occupations of Afghanistan and Iraq and air attacks on Pakistan, Libya and Yemen: or those bloody stalemates will continue indefinitely.
In March–at the age of 79–you were arrested in front of the White House–and then again outside of Quantico military prison–while protesting in support of Army private Bradley Manning, accused of being the Wikileaks leaker. Manning, charged with 34 counts including "aiding the enemy," faces life in prison and possibly, execution. Have you been able to communicate with Bradley?
It was then almost impossible to communicate with Bradley Manning, and I have so far done so only through his few visitors.  In front of the White House and at Quantico, I was attempting to communicate with those holding him prisoner, to protest the abusive and illegal conditions of his detention, amounting not only to punishment of someone not tried, convicted or sentenced but to torture forbidden by domestic and international law and the Constitution even as punishment.
Do you believe what Bradley did was necessary and heroic?
Yes.
Do you still have all 7000 pages of the Pentagon Papers?
I don't really know.  Hundreds of boxes of files have gone from storage into my basement, and my old copies of the Papers may or may not be somewhere in there.  I'm not going to go searching among them for the still-classified eleven words.
These days, when you find yourself thinking about Richard Nixon, what comes to mind?
Richard Nixon, if he were alive today, might take bittersweet satisfaction to know that he was not the last smart president to prolong unjustifiably a senseless, unwinnable war, at great cost in human life.  (And his aide Henry Kissinger was not the last American official to win an undeserved Nobel Peace Prize.)

He would probably also feel vindicated (and envious) that ALL the crimes he committed against me–which forced his resignation facing impeachment–are now legal.
That includes burglarizing my former psychoanalyst's office (for material to blackmail me into silence), warrantless wiretapping, using the CIA against an American citizen in the US, and authorizing a White House hit squad to "incapacitate me totally" (on the steps of the Capitol on May 3, 1971). All the above were to prevent me from exposing guilty secrets of his own administration that went beyond the Pentagon Papers.    But under George W. Bush and Barack Obama,with the PATRIOT Act, the FISA Amendment Act, and (for the hit squad) President Obama's executive orders. they have all become legal.
There is no further need for present or future presidents to commit obstructions of justice (like Nixon's bribes to potential witnesses) to conceal such acts.  Under the new laws, Nixon would have stayed in office, and the Vietnam War would have continued at least several more years.
Likewise, where Nixon was the first president in history to use the 54-year-old Espionage Act to indict an American (me) for unauthorized disclosures to the American people (it had previously been used, as intended, exclusively against spies), he would be impressed to see that President Obama has now brought five such indictments against leaks, almost twice as many as all previous presidents put together (three).
He could only admire Obama's boldness in using the same Espionage Act provisions used against me–almost surely unconstitutional used against disclosures to the American press and public in my day, less surely under the current Supreme Court–to indict Thomas Drake, a classic whistleblower who exposed illegality and waste in the NSA.
Drake's trial begins on June 13, the 40th anniversary of the publication of the Pentagon Papers.  If Nixon were alive, he might well choose to attend.
*        *        *
*MORE BIO: After graduating from Harvard in 1952 with a B.A. summa cum laude in Economics, he studied for a year at King’s College, Cambridge University, on a Woodrow Wilson Fellowship. Between 1954 and 1957, Ellsberg spent three years in the U.S. Marine Corps, serving as rifle platoon leader, operations officer, and rifle company commander. 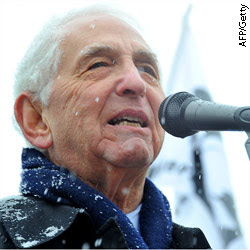 From 1957-59 he was a Junior Fellow in the Society of Fellows, Harvard University. He earned his Ph.D. in Economics at Harvard in 1962 with his thesis, Risk, Ambiguity and Decision. His research leading up to this dissertation—in particular his work on what has become known as the “Ellsberg Paradox,” first published in an article entitled "Risk, Ambiguity and the Savage Axioms"—is widely considered a landmark in decision theory and behavioral economics.
In 1959, Ellsberg became a strategic analyst at the RAND Corporation, and consultant to the Defense Department and the White House, specializing in problems of the command and control of nuclear weapons, nuclear war plans, and crisis decision-making. In 1961 he drafted the guidance from Secretary of Defense Robert McNamara to the Joint Chiefs of Staff on the operational plans for general nuclear war. He was a member of two of the three working groups reporting to the Executive Committee of the National Security Council (EXCOM) during the Cuban Missile Crisis in 1962.
Ellsberg joined the Defense Department in 1964 as Special Assistant to Assistant Secretary of Defense (International Security Affairs) John McNaughton, working on the escalation of the war in Vietnam. He transferred to the State Department in 1965 to serve two years at the U.S. Embassy in Saigon, evaluating pacification in the field.
On his return to the RAND Corporation in 1967, Ellsberg worked on the top secret McNamara study of U.S. Decision-making in Vietnam, 1945-68, which later came to be known as the Pentagon Papers. In 1969, he photocopied the 7,000 page study and gave it to the Senate Foreign Relations Committee; in 1971 he gave it to the New York Times, the Washington Post and 17 other newspapers. His trial, on twelve felony counts posing a possible sentence of 115 years, was dismissed in 1973 on grounds of governmental misconduct against him, which led to the convictions of several White House aides and figured in the impeachment proceedings against President Nixon.
Ellsberg is the author of three books: Papers on the War (1971), Secrets: A Memoir of Vietnam and the Pentagon Papers (2002), and Risk, Ambiguity and Decision (2001). In December 2006 he was awarded the 2006 Right Livelihood Award, known as the “Alternative Nobel Prize,” in Stockholm, Sweden, “. .  for putting peace and truth first, at considerable personal risk, and dedicating his life to inspiring others to follow his example.”
Since the end of the Vietnam War, Ellsberg has been a lecturer, writer and activist on the dangers of the nuclear era, wrongful U.S. interventions and the urgent need for patriotic whistleblowing.
He is a Senior Fellow of the Nuclear Age Peace Foundation.
By Dick Bennett - June 12, 2011