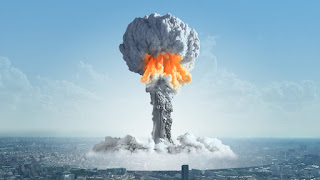 By Daniel A. Sjursen

This incendiary work by Daniel Sjursen is a personal cry from the heart by a once-model US Army officer and West Point graduate who became a military dissenter while still on active duty. Set against the backdrop of the terror wars of the last two decades, Sjursen asks whether there is a proper space for patriotism that renounces entitled exceptionalism and narcissistic jingoism. Once a burgeoning believer and budding conservative, Sjursen performed an intellectual and spiritual about-face. He now calls for a critical exploration of our allegiances, and he suggests a path to a new, more complex notion of patriotism. Equal parts unsentimental and idealistic, this is a story about what it means to be an American in the midst of perpetual war, and what the future of patriotism might look like.

“Tyrants, oppressors and exploiters, Eugene V. Debs observed, always wrap themselves in the cloaks of patriotism, or religion, or both to deceive and overawe the public. The true patriots, as Danny Sjursen understands, are not the crowds of flag-waving cheerleaders used and manipulated by the ruling elites to stifle dissent, but those isolated individuals who find the moral courage to speak uncomfortable truths and demand justice. True patriots, as Sjursen explains, make us a better people and a better nation. True patriots, like Martin Luther King or Debs, are usually viciously attacked in their lifetimes. But history exposes, long after true patriots are gone, who stood beside us and who wrapped themselves in the flag to betray us. Sjursen, a combat veteran and West Point graduate, brings to this book the weight of his experience and a moral clarity that delineates the true patriots from the imposters, and with that delineation the meaning of patriotism itself.”    —Chris Hedges, author of War Is a Force That Gives Us Meaning

A scholar/soldier’s jeremiad in favor of “Participatory Principled Patriotism.”

Sjursen, a retired U.S. Army major who served combat tours in Iraq and Afghanistan, writes in deft, mordant prose about the lost tradition of oppositional patriotism and its intersection with the post–9/11 forever wars. “The vast majority of the citizenry has divorced attentiveness to America’s wars—or even basic knowledge about them—from their definition of patriotism,” he writes. The author began questioning his embrace of a professional military career during “fifteen awful, life-altering months” in Iraq, when sectarian violence was at its peak: “The horror, the futility, the farce of the war in Iraq was the turning point of my life.” Yet the Army selected Sjursen to teach at West Point; although he loved it, his scholarship was solidifying his anti-war bent. While he “deftly flew under the radar for quite some time,” his writings eventually were brought to the Army’s attention, leading to medical retirement. He clearly discusses his complex relationship to his service, noting that less than 0.5% of Americans serve in the all-volunteer military, a situation that leads to “pageant patriotism.” As he notes, “taking this veritable soldier worship to the level society has in the twenty-first century can be perilous for the republic.” Later in the narrative, the author pivots toward a broader historical focus, noting that combatants contributed to counternarratives of dissent during all American wars (except World War II). The ferocity of the Vietnam War led to the all-volunteer military; now, dissent has disappeared from the ranks while “service has become ‘optional,’ the responsibility of a tiny professional warrior caste.” These pitfalls were disastrously enacted during the years since the Iraq invasion. “Every one of Bush’s and Obama’s military forays has sown further chaos,” writes Sjursen, “startling body counts, and increased rates of terrorism.” Yet with guarded optimism, he concludes by calling for “a revitalized movement defined by patriotic dissent.”  A brisk, approachably radical treatise bolstered by its rueful veteran’s perspective.  Pub Date: Sept. 8, 2020  KIRKUS Review Posted Online: June 20, 2020

Daniel A. Sjursen is a retired US Army Major and contributing editor at antiwar.com. His work has also appeared in the New York Times, the Los Angeles Times, Salon, the Nation, TomDispatch, the Huffington Post, and the Hill, among other publications. He served combat tours in Iraq and Afghanistan and later taught history at his alma mater, West Point. He is the author of a memoir and critical analysis of the Iraq War, Ghost Riders of Baghdad: Soldiers, Civilians, and the Myth of the Surge. He cohosts the progressive veterans’ podcast Fortress on a Hill. Follow him on Twitter at @SkepticalVet. Sjursen lives in Lawrence, Kansas.

Two Books on US Nuclear Weapons

Publisher’s Description.   Scorpion King: America’s Suicidal Embrace of Nuclear Weapons from FDR to Trump is a history of America’s corrosive affair with nuclear weapons, and the failed efforts to curb this radioactive ardor through arms control. The book’s title refers to the allusion by Robert Oppenheimer, the father of the American atomic bomb, to dueling scorpions when discussing the deadly nuclear rivalry between the US and Soviet Union, and signals the dangers inherent in the resumption of the perilous US drive for nuclear supremacy.

Providing a vivid and gripping A-Z history of America’s deceptive use of arms control as a means of actually furthering its quest for nuclear dominance, Ritter sheds light on a contradictory US agenda little understood by the lay reader, while providing sufficient detail and context to engage the specialist.

The Trump administration has pulled out of one landmark arms control treaty, the 1987 Intermediate Nuclear Forces treaty, and is threatening to let another, the 2010 New START treaty, expire. The terrifying Cuban missile crisis of 1962 demonstrated the apocalyptic folly of nuclear arsenals operating without limitation, and led to reciprocal constraints that moderated the nuclear ambitions of both the US and Soviet Union Those constraints, for the most part, no longer exist. The next missile crisis could prove terminal for humanity.

“A comprehensive and illuminating account of America’s paralyzing infatuation with nuclear weapons.  This expanded edition of Scott Ritter’s 2010 book drives home the point made in the original:  The ominous threat of Doomsday persists, with U.S. policymakers unable to extricate themselves from the reckless pact with the devil made by their predecessors more than a half-century ago.”

This deathbed memoir by Dr. Paul H. Johnstone, former senior analyst in the Strategic Weapons Evaluation Group (WSEG) in the Pentagon and a co-author of The Pentagon Papers, provides an authoritative analysis of the implications of nuclear war that remain insurmountable today. Indeed, such research has been kept largely secret, with the intention “not to alarm the public” about what was being cooked up.

“From MAD to Madness could not be more timely reading. In it, a former senior Pentagon analyst from the last Cold War comes back from the past to warn us of the disaster we are courting in the new Cold War. We should heed his warning.”
— Ron Paul, M.D.Former Member of Congress (R-TX)

Publisher’s SYNOPSIS
This deathbed memoir by Dr. Paul H. Johnstone, former senior analyst in the Strategic Weapons Evaluation Group (WSEG) in the Pentagon and a co-author of The Pentagon Papers, provides an authoritative analysis of the implications of nuclear war that remain insurmountable today. Indeed, such research has been kept largely secret, with the intention “not to alarm the public” about what was being cooked up.

This is the story of how U.S. strategic planners in the 1950s and 1960s worked their way to the conclusion that nuclear war was unthinkable. It drives home these key understandings:

Dr. Johnstone’s memoirs of twenty years in the Pentagon tell that story succinctly, coolly and objectively. He largely lets the facts speak for themselves, while commenting on the influence of the Cold War spirit of the times and its influence on decision-makers.

Johnstone writes: “Theorizing about nuclear war was a sort of virtuoso exercise in creating an imaginary world wherein all statements must be consistent with each other, but nothing need be consistent with reality because there was no reality to be checked against.”

While remaining highly secret – so much so that Dr. Johnstone himself was denied access to what he had written – these studies had a major impact on official policy. They contributed to a shift from the notion that the United States could inflict “massive retaliation” on its Soviet enemy to recognition that a nuclear exchange would bring about Mutual Assured Destruction (MAD).

The alarming truth today is that these lessons seem to have been forgotten in Washington, just as United States policy has become as hostile to Russia as it was toward the Soviet Union during the Cold War. U.S. foreign policy is pursuing hostile encirclement of two major nuclear powers, Russia and China. Without public debate, apparently without much of any public interest, the United States is preparing to allocate a trillion dollars over the next thirty years to modernize its entire nuclear arsenal. It is as if all that was once understood about the danger of nuclear war has been forgotten.

Your car is a prominent billboard.  Put the sticker GOING BROKE PAYING FOR WAR on your bumper.  Or any antiwar sticker you like.

2 new books on US wars: Vine and Sorensen

Publisher’s description:  The War Industry infests the American economy like a cancer, sapping its strength and distorting its creativity while devouring its treasure.

Stunning in the depth of its research, Understanding the War Industry documents how the war industry commands the other two sides of the military-industrial-congressional triangle. It lays bare the multiple levers enabling the vast and proliferating war industry to wield undue influence, exploiting financial and legal structures, while co-opting Congress, academia and the media. Spiked with insights into how corporate boardrooms view the troops, overseas bases, and warzones, it assiduously delineates how corporations reap enormous profits by providing a myriad of goods and services devoted to making war, which must be rationalized and used if the game is to go on:  advanced weaponry, drones and nukes; invasive information technology; space-based weapons; and special operations—with contracts stuffed with ongoing and proliferating developmental, tertiary and maintenance products for all of it.

DAVID VINE.  The United States of War:  A Global History of America's Endless Conflicts, from Columbus to the Islamic State.   U of California P, 2020.  Pages: 464.
Publisher’s description:  The United States has been fighting wars constantly since invading Afghanistan in 2001. This nonstop warfare is far less exceptional than it might seem: the United States has been at war or has invaded other countries almost every year since independence. In The United States of War, David Vine traces this pattern of bloody conflict from Columbus’s 1494 arrival in Guantanamo Bay through the 250-year expansion of a global US empire. Drawing on historical and firsthand anthropological research in fourteen countries and territories, The United States of War demonstrates how US leaders across generations have locked the United States in a self-perpetuating system of permanent war by constructing the world’s largest-ever collection of foreign military bases—a global matrix that has made offensive interventionist wars more likely. Beyond exposing the profit-making desires, political interests, racism, and toxic masculinity underlying the country’s relationship to war and empire, The United States of War shows how the long history of U.S. military expansion shapes our daily lives, from today’s multi-trillion–dollar wars to the pervasiveness of violence and militarism in everyday U.S. life. The book concludes by confronting the catastrophic toll of American wars—which have left millions dead, wounded, and displaced—while offering proposals for how we can end the fighting.